We talk a lot on our podcast about how we believe children's media diet ought to include some difficult, challenging, and scary material from time to time. Some of our fondest childhood memories come from horror films we watched with our parents beside us, covering our eyes during the naughty bits. Hopefully this guide can serve as a vague starting point for scratching that itch for you and your family.

Ok, so when we say "family-friendly" horror, our judgment is more than a little liberal. This is horror, after all. Horror films are, by definition, scary and disturbing, a shock to our sensibilities.

So that means all the movies on this list are scary to varying degrees for various reasons. Many of them contain a bit of blood and/or gore and some degree of on-screen violence, though not nearly as explicit as the majority of films we cover on this podcast.

There may be sexual jokes or innuendo that may or may not fly over your youngest moppet's head. Some even contain a touch of female nudity - a nipple or a boob or two, if that offends your sensibilities terribly.

But the films on this list are ones that we, in our own non-expert opinion, believe are more palatable for a mixed setting of adults and kids of varying ages and maturity. Usually, it means there is something about it that is either explicitly tailored towards kids or would appeal to kids of certain age groups, while still having enough "edge" and entertainment value for adults to enjoy.

And a few are on this list, not because they are geared towards kids at all, but simply because they contain none of what we consider "strong visuals" like blood or gore or brutal violence or sex, so that a young child walking in the room wouldn't be surprised by any shocking or offensive visuals. But that doesn't mean the story is not scary or disturbing in some way, and you still might not want your toddler to watch it with you from beginning to end.

So if you're going to use this as a guide for what you can watch with your family, we strongly suggest: Do your own research first before firing it up in your living room. Your own judgment of what constitutes "family-friendly horror" will naturally be very intimate and subjective, depending largely on your family values, the composition of your family and your triggers.

Each film's IMDB page has a guide for parents that talks in more specific detail about the film's individual scenes and content, broken down by sex, nudity, violence, blood/gore, mature themes, etc. Check it out first if you are unsure.

But always remember: These are still, first and foremost, horror films. Don't blame us if you disagree with anything on this list. You are in charge of your family's viewing material, not us. 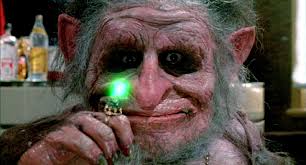 Troll
This week, we went back in time for Craig's childhood favorite, Troll.

Trick or Treats
Part four of our 2018 Halloween extravaganza was a fun episode to record. That doesn't necessarily mean the movie was 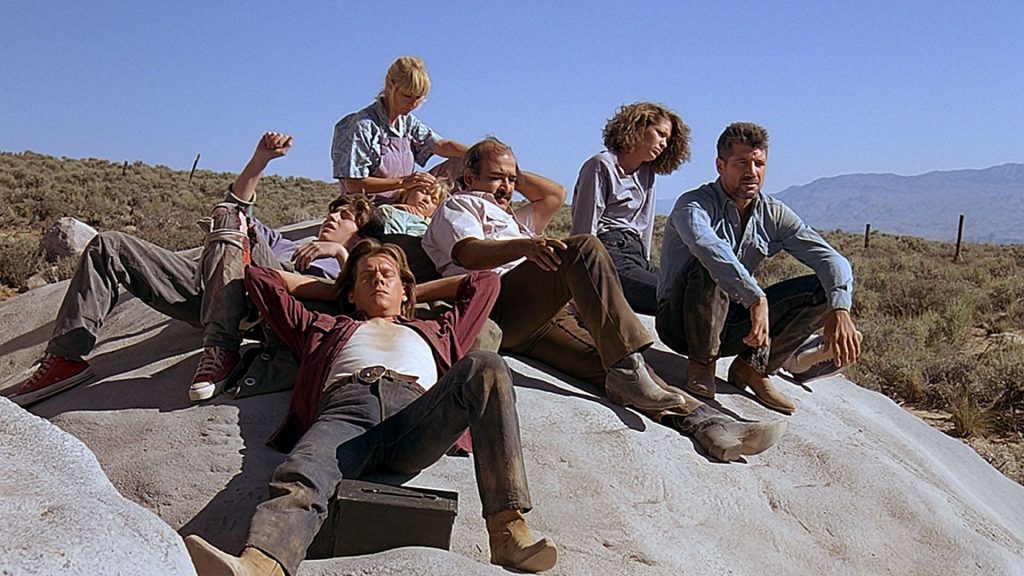 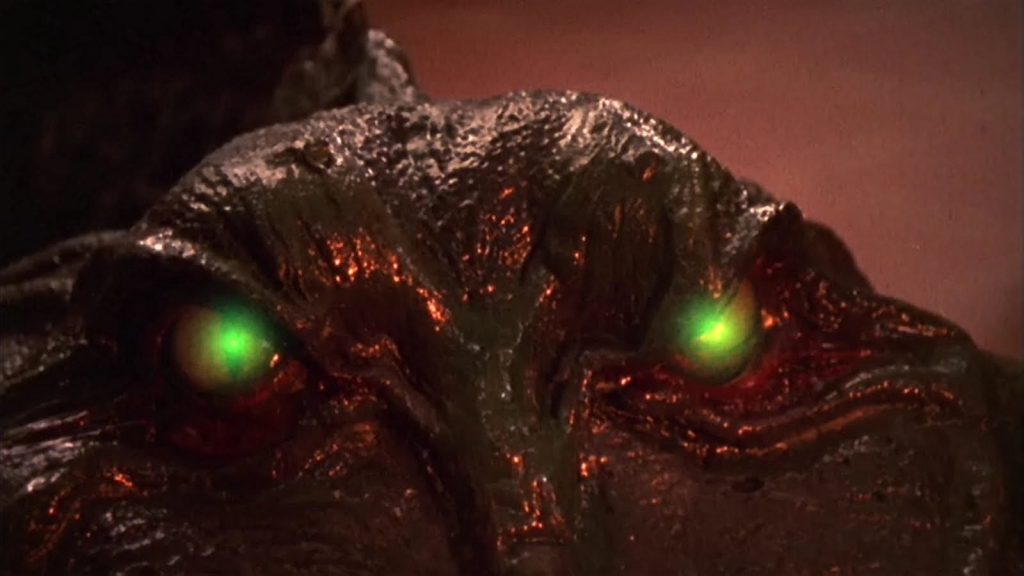 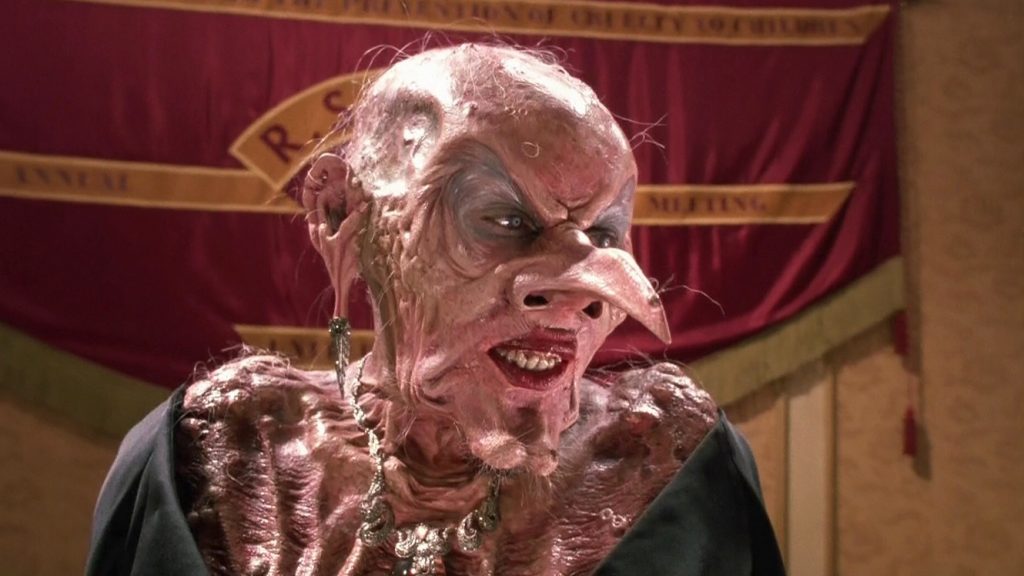 The Witches
Jim Henson's last project before he died involved some incredible puppet and makeup effects in this incredible film, based on 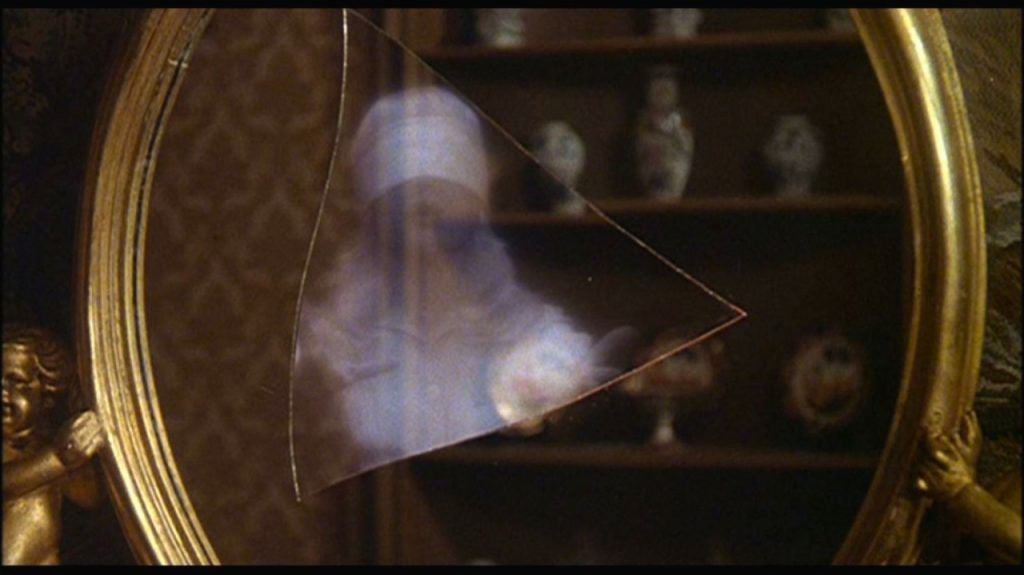 The Watcher In The Woods
The next in our month of family-friendly horror films is Disney's first attempt to branch out into horror. What starts 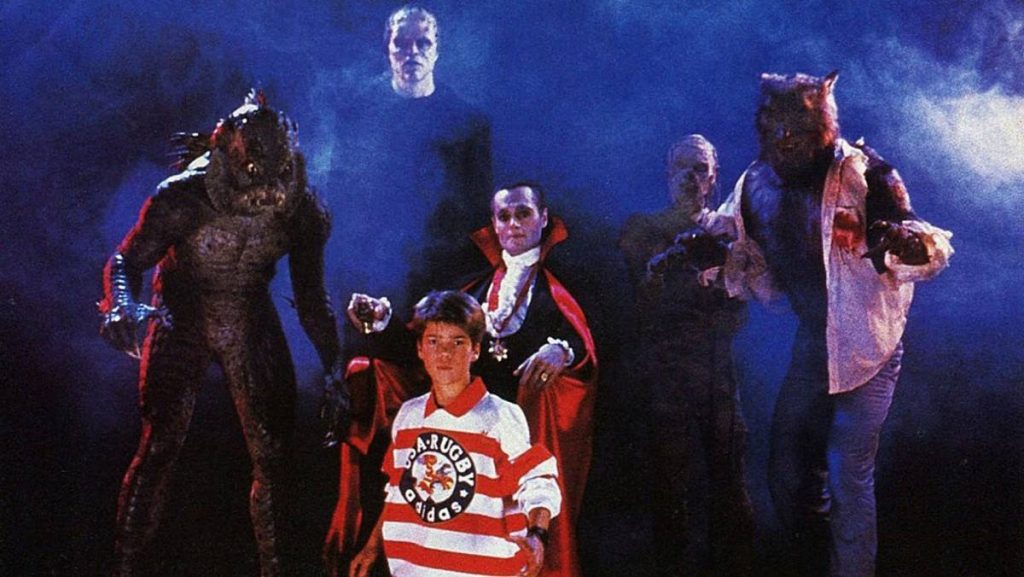 The Monster Squad
This childhood favorite held many special memories for Craig and this week's guest, his sister Kristin. The three of us 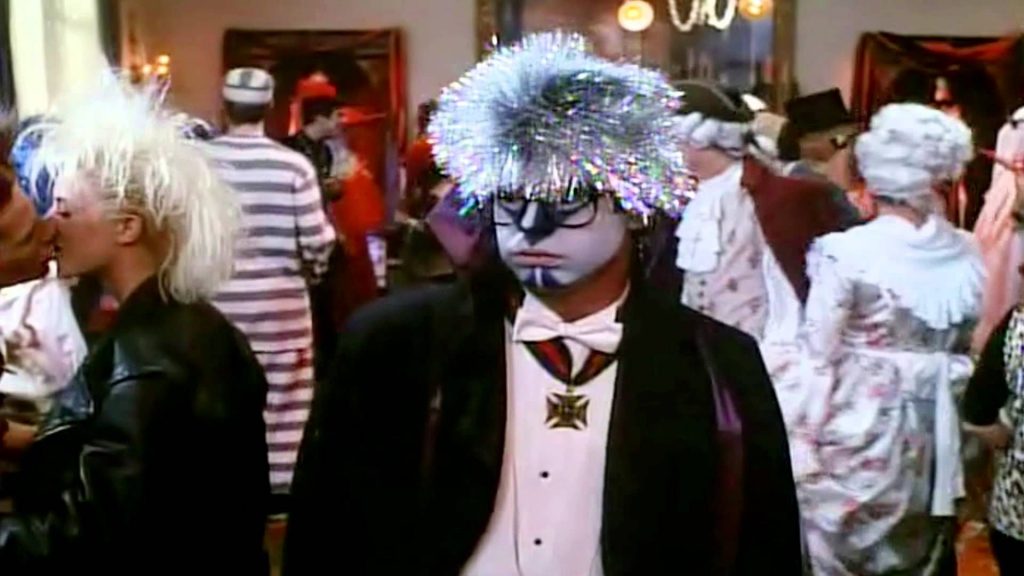 The Midnight Hour
This made-for-TV movie event from the 80's starred some well-known faces, but it hasn't remained well-known. You probably missed it 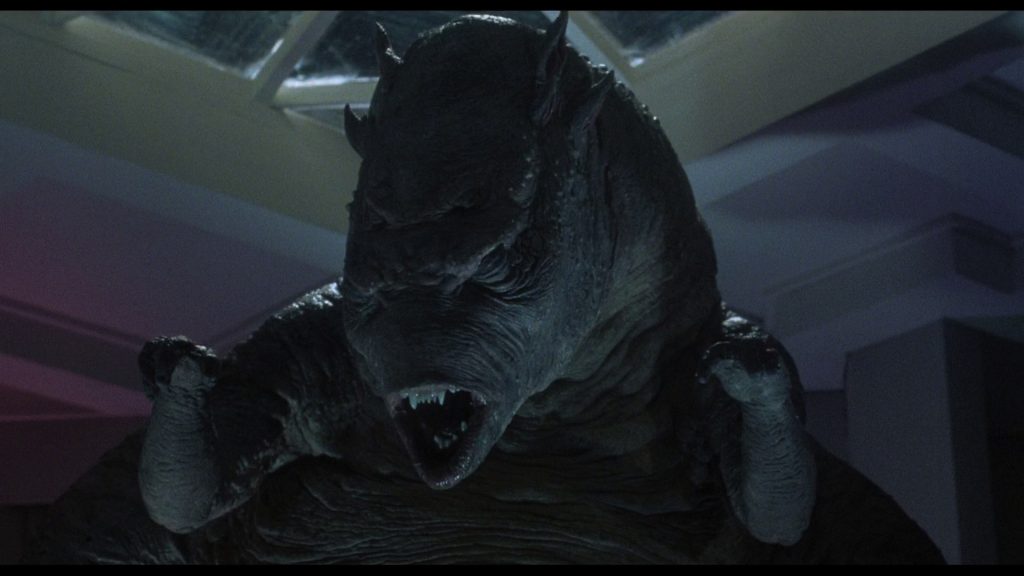 The Gate
It's time for another theme month: Family-Friendly Horror Films! We're kicking off a month of kid-oriented horror with the one 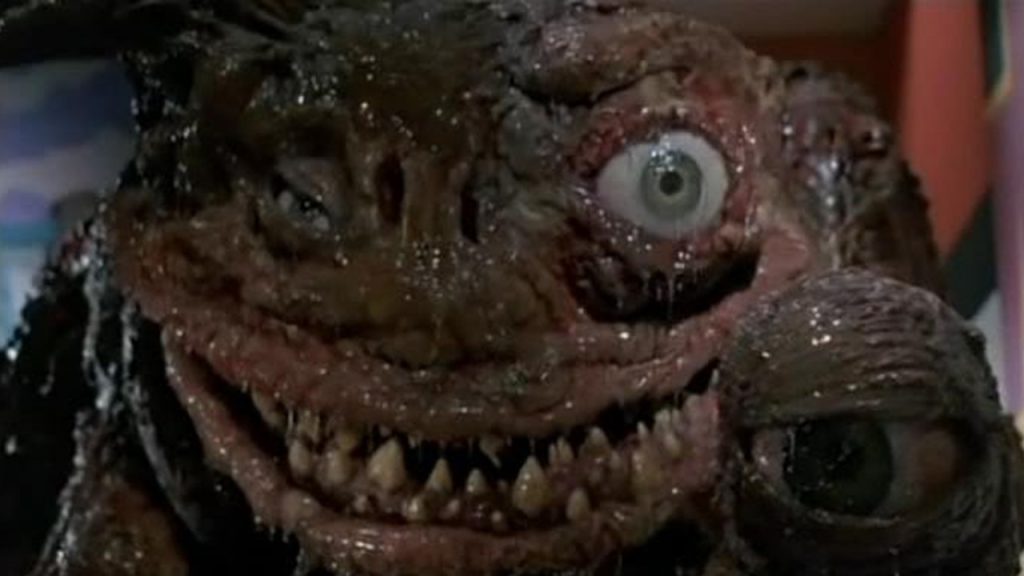 TerrorVision
Another high-camp schlockfest from Charles Band productions, though even campier than normal. One would even think it's supposed to be 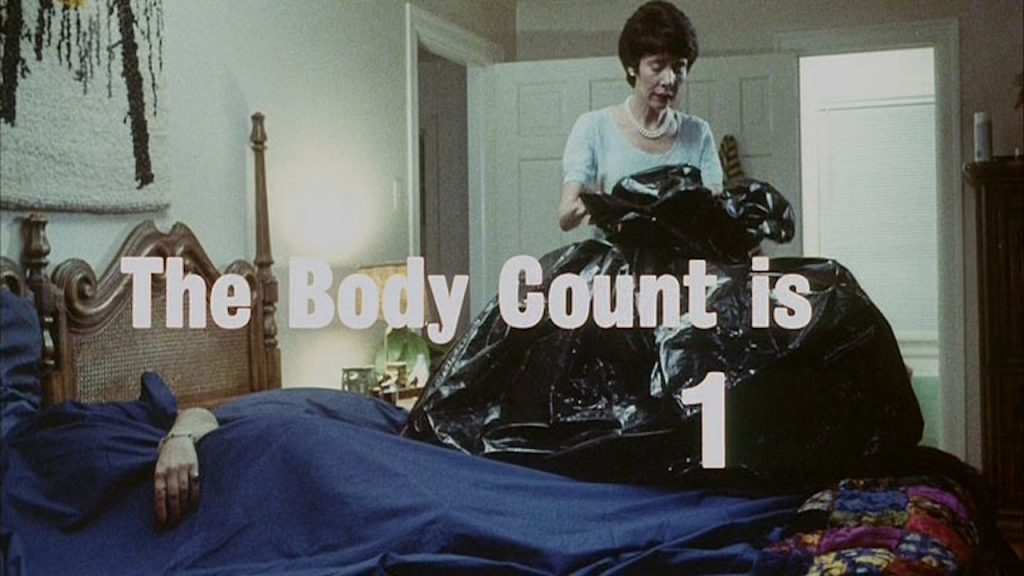 Student Bodies (1981)
Billed as "The World's First Comedy Horror Movie," today's selection had a better run on cable television than it did in 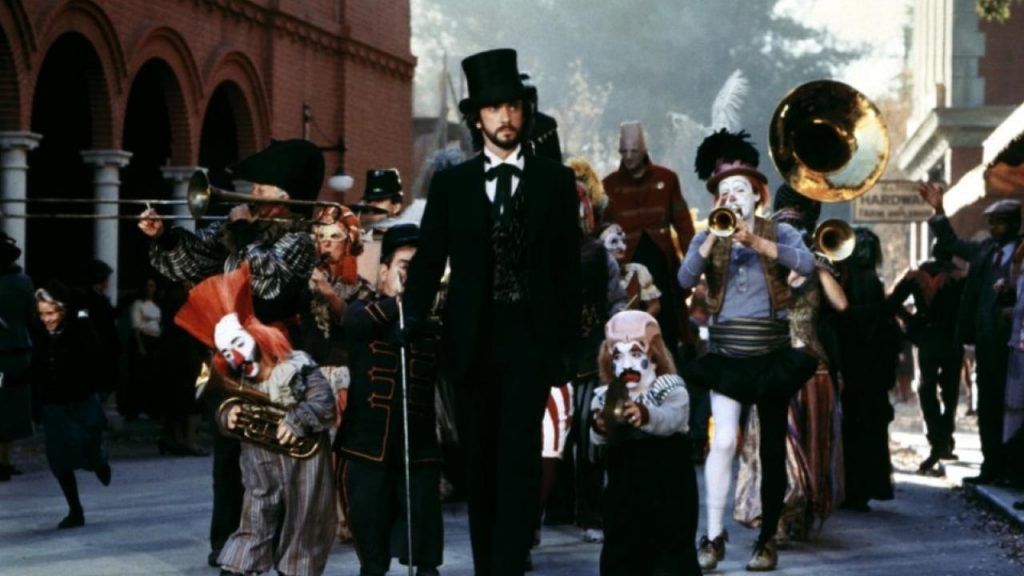 Something Wicked This Way Comes
We've reached 100 episodes! To celebrate this milestone, Craig and I chose a special film that we've been wanting to 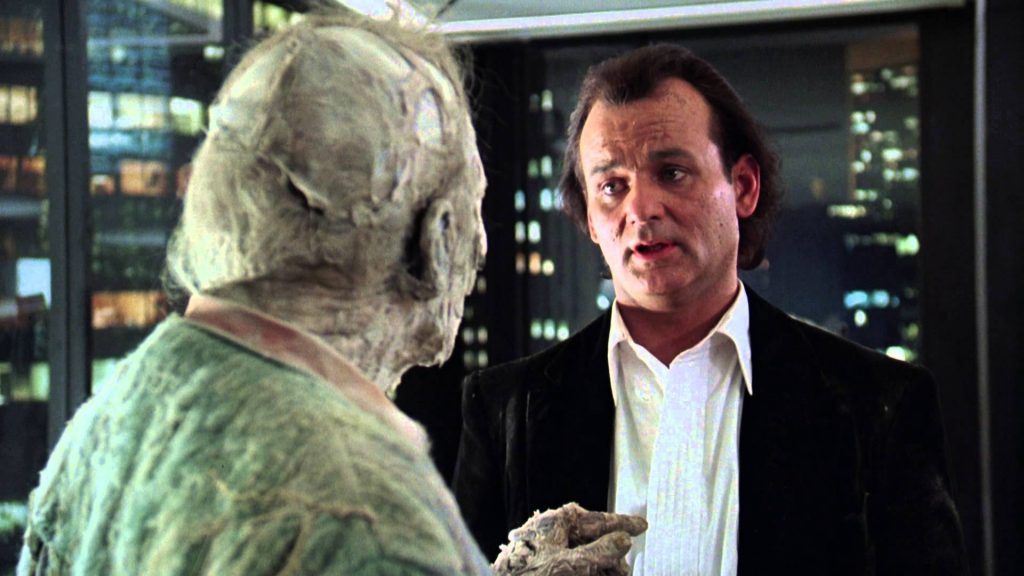 Scrooged
Though some may not classify it as much of a "horror" story as our typical fare, Scrooged is in fact 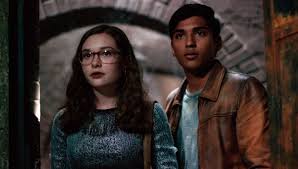 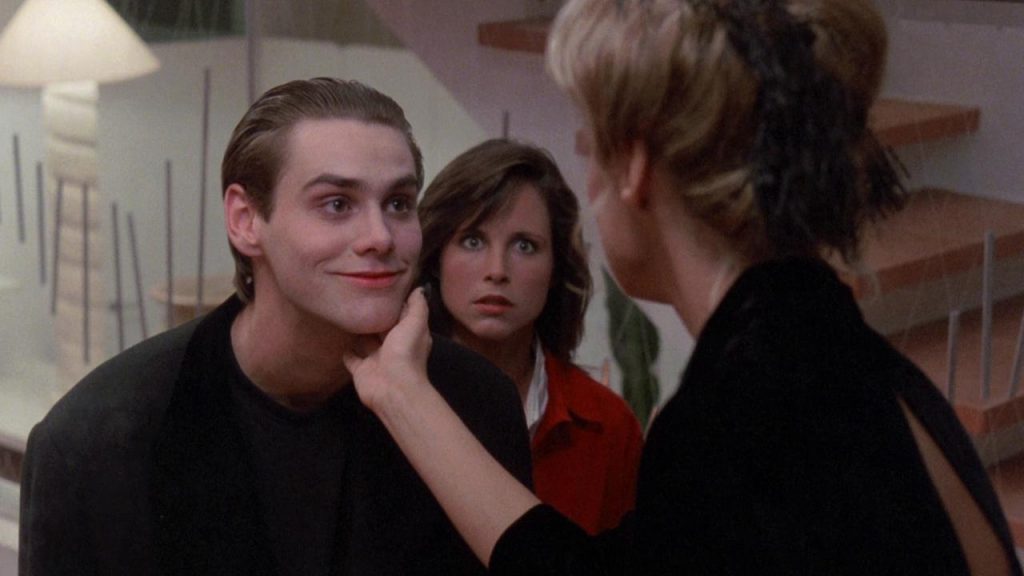 Once Bitten
So it's basically a high school sex comedy with a horror theme, and not scary at all. But for the 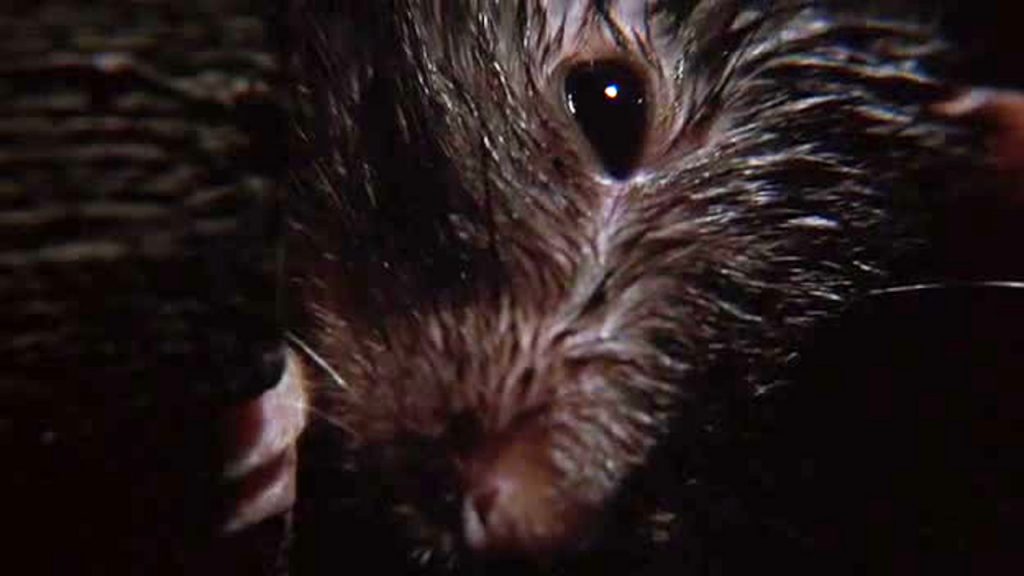 Of Unknown Origin
Rounding out Request Month comes a suggestion from Nick Sible about a killer rat. Well, it's not much of a 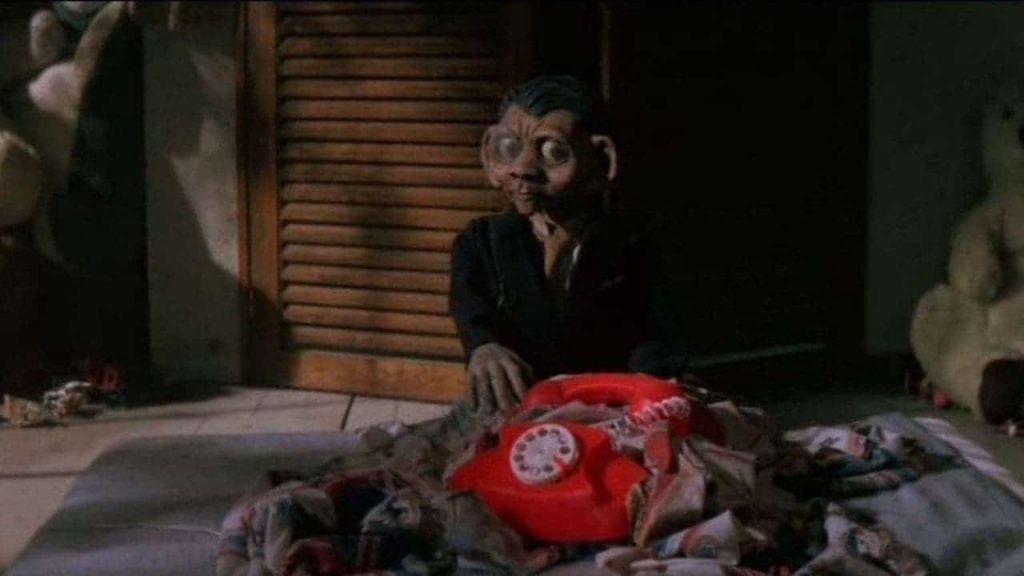 Making Contact
Before Roland Emmerich brought us huge summer blockbusters like Independence Day, Stargate, and The Day After Tomorrow, he tossed a 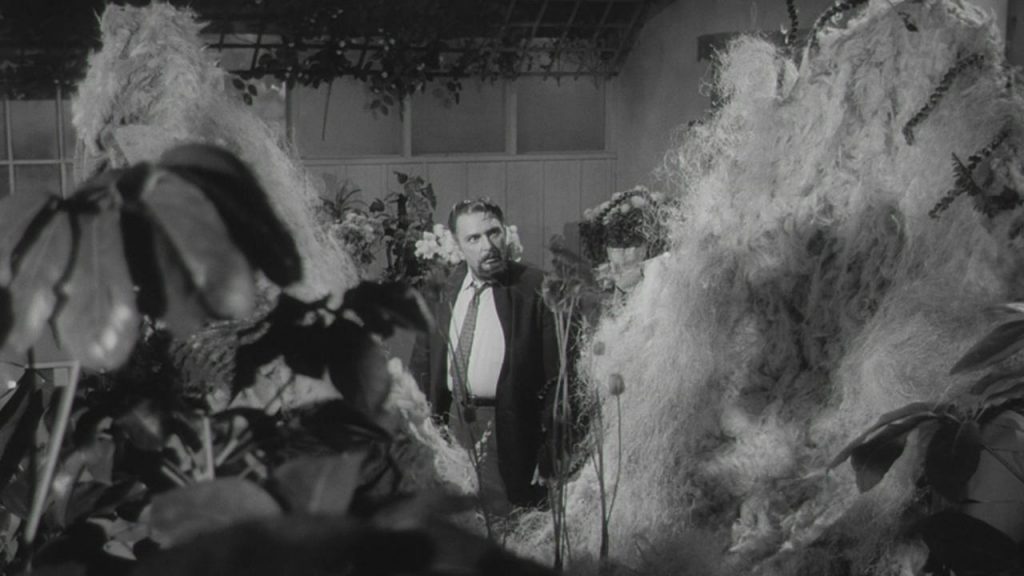 Invaders From Mars
We love to do kid-oriented horror movies, and this week we turn once again to Tobe Hooper's oeuvre for this 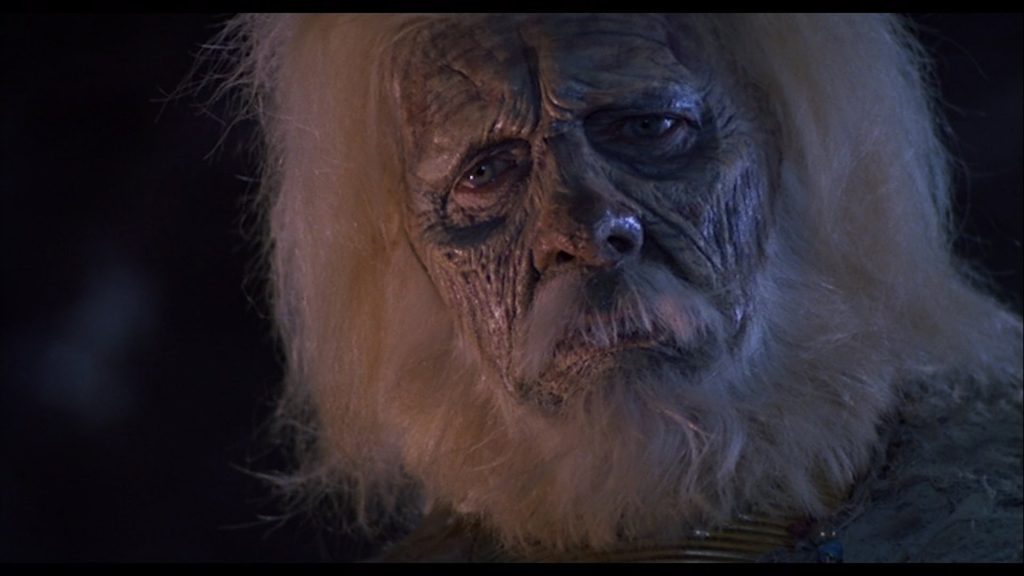 House 2: The Second Story
Very different in tone from the original House (which we have previously discussed), we had fond memories of this horror-comedy 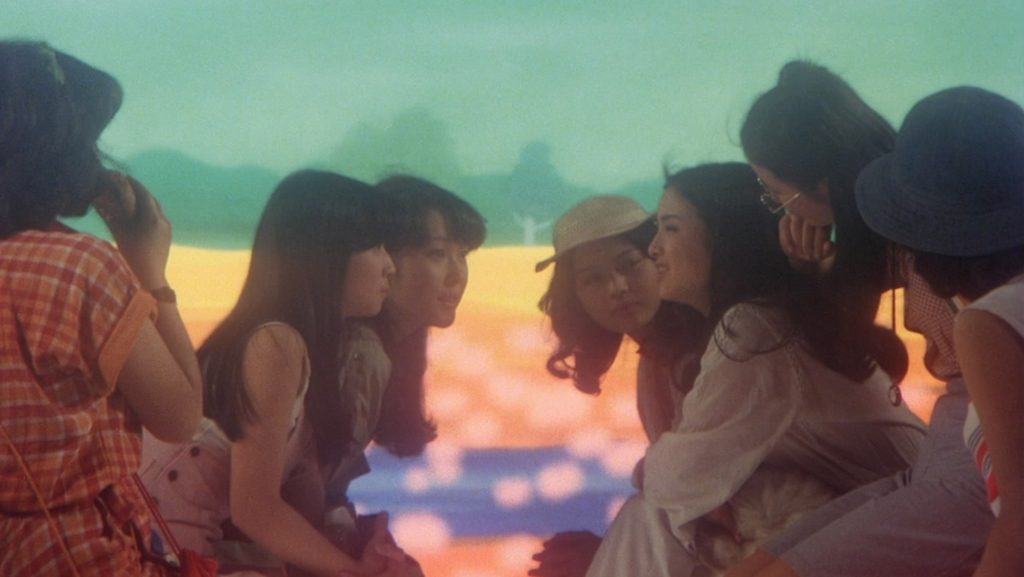 Hausu
If you've never seen the 1977 Japanese horror-comedy-musical House, then you're in for the wildest, strangest trip of your life. 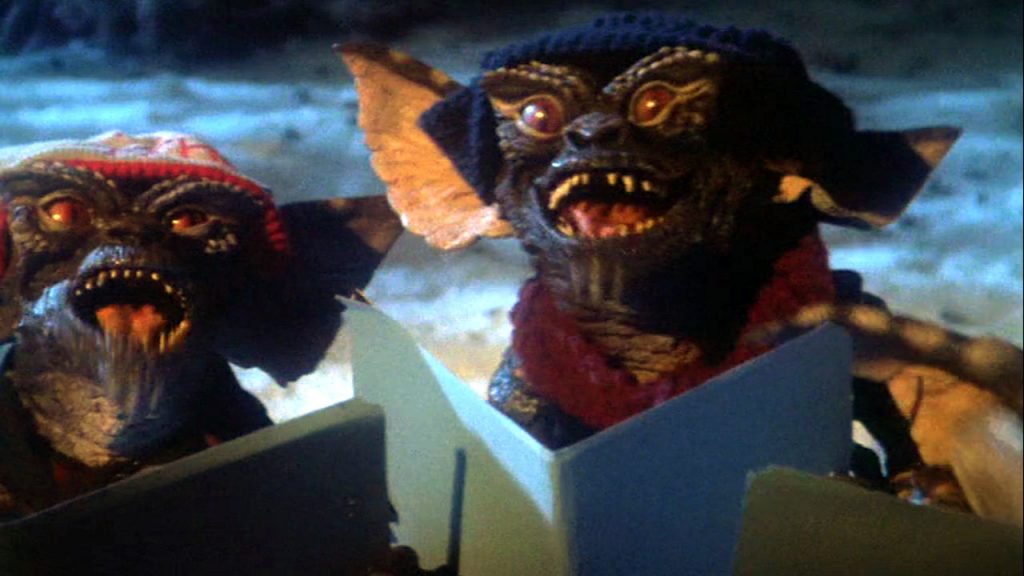 Gremlins
Happy Holidays, Loyal Listeners! We end our 2016 Holiday Horror Edition of the podcast with an old favorite, Gremlins. Did 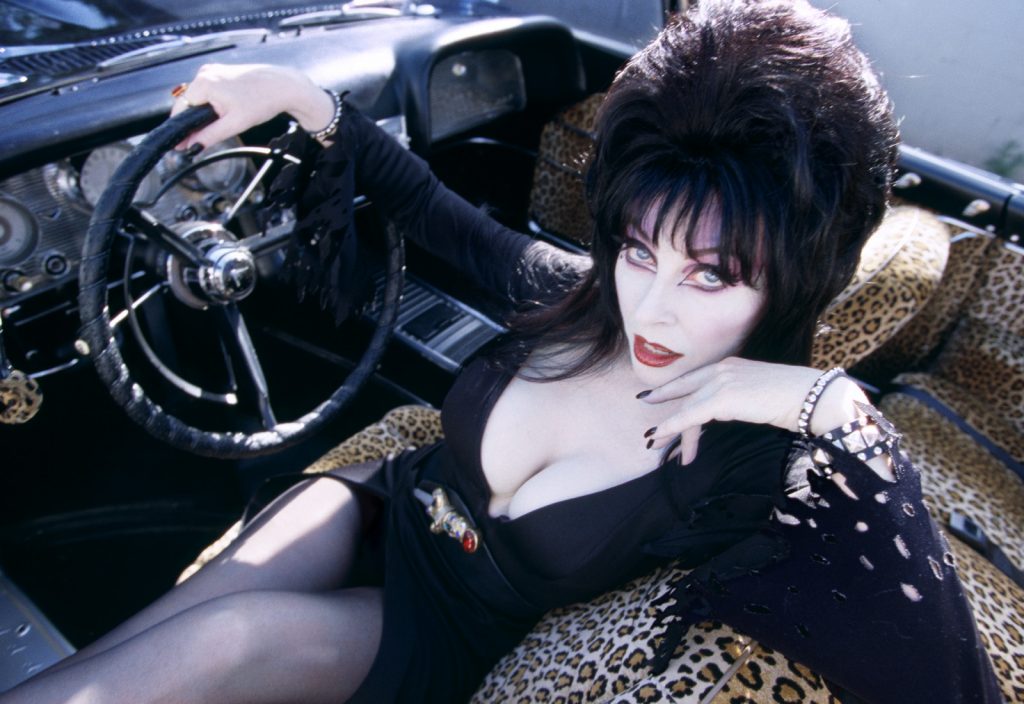 Elvira Mistress of the Dark
Back in 1988, Halloween horror icon Elvira finally got her own movie. It didn't make a big splash, but it 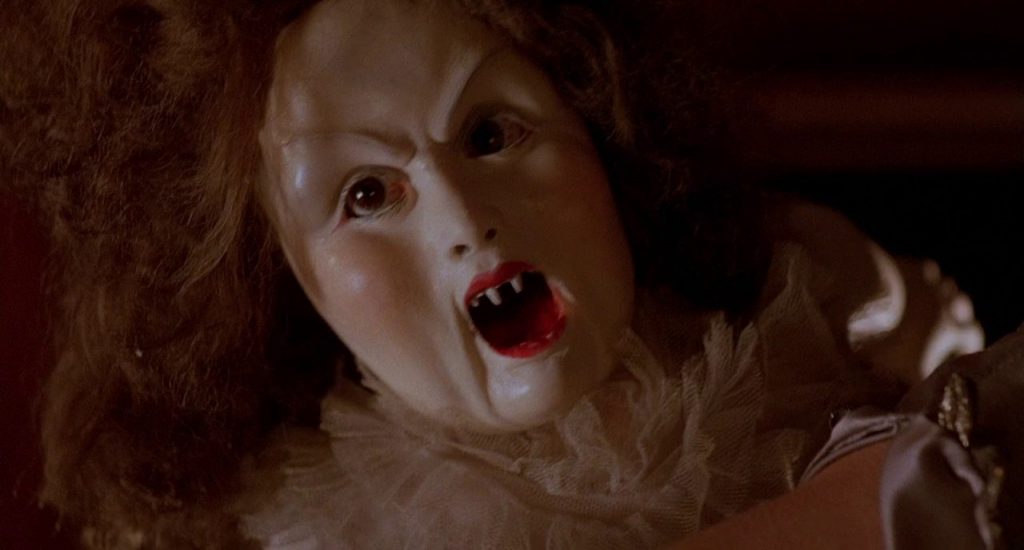 Dolls
Stuart Gordon sure has the market cornered on killer doll movies. This more or less kicked off a line of 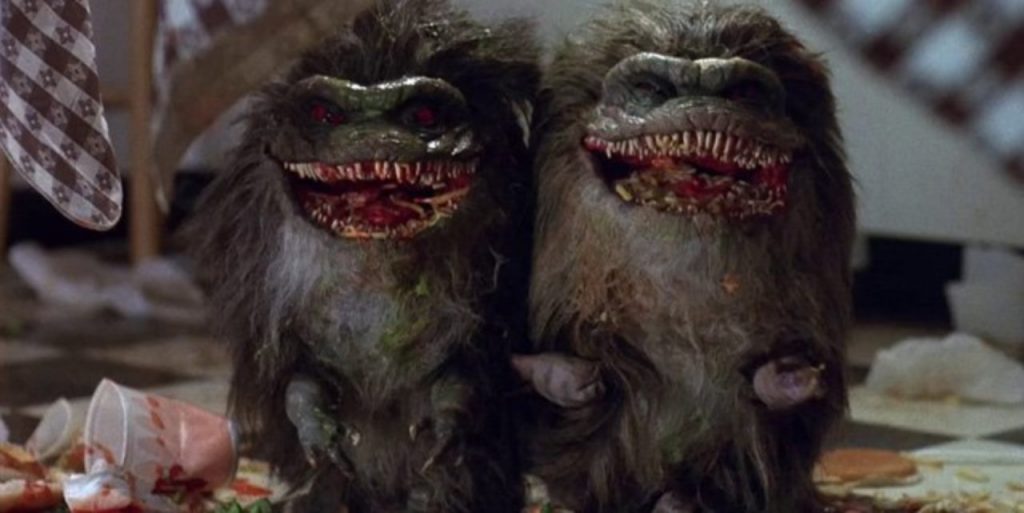 Critters
It's not the Gremlin-knockoff you always thought it was! 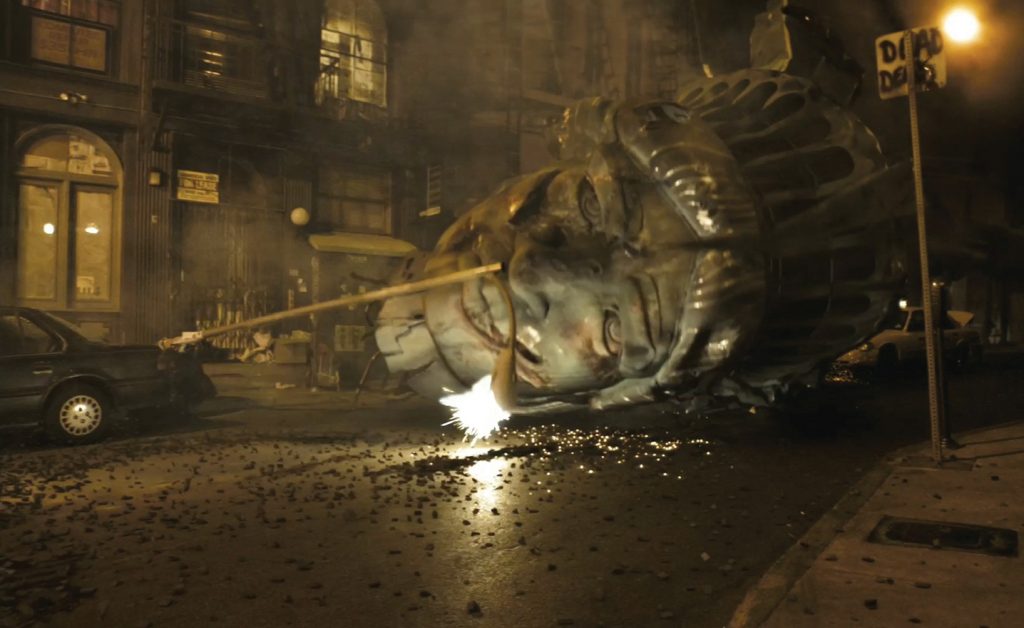 Cloverfield
With the release of 10 Cloverfield Lane to the theaters, we revisit 2008's "spiritual predecessor," Cloverfield. It's a Godzilla movie 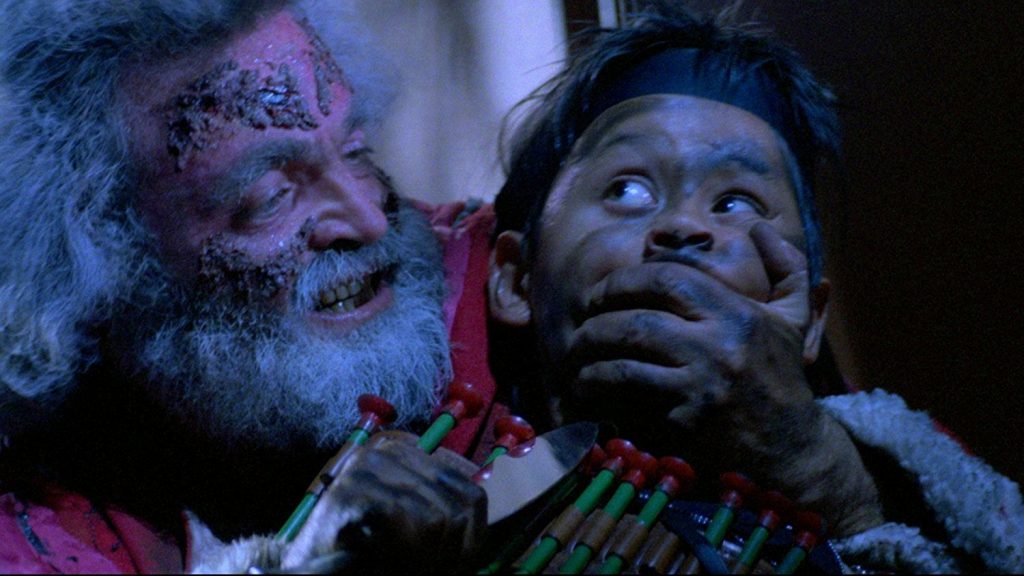