This made-for-TV movie event from the 80’s starred some well-known faces, but it hasn’t remained well-known. You probably missed it when it first aired, and it enjoyed an extremely short release on home video and DVD that you probably missed too. But don’t miss our discussion about this film that, despite its many flaws, had some good moments and didn’t fail to put us in the Halloween spirit. 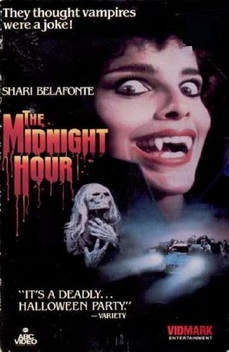