About a decade after the original shocker, Tobe Hooper directed his sequel starring Dennis Hopper and a whole load of crazies.

We chose this film to finish up our month of notorious #2’s because Hooper and Co. decided to go a completely different direction with a wacky, gory comedy, instead of the shocking straight horror style of the original (which did, truth be told, have its own darkly comedic moments). 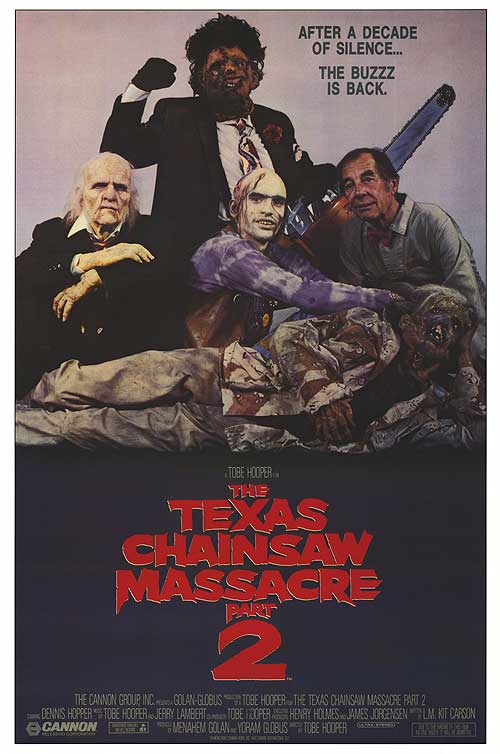