A man marries a mysterious woman from Serbia who tells a strange legend about people who look and act like cats. They drift further apart due to her erratic behavior, and we begin to wonder if she isn’t one of these Cat People herself.

I’m not going to have a lot to say about The Cat People. To say too much would be to give away most of the reason for watching the movie. It’s a solid, well-crafted horror film with a cracking atmsophere, nice looking people, and even a little animation. There’s no blood, and a couple scenes are pretty spooky. The moody lighting design brings the feel of the Universal monster movies of the 30s into a modern big city setting. 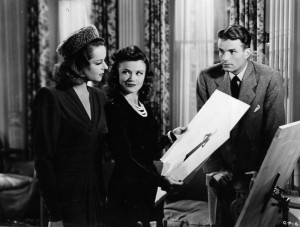 The character relationships are similar to other melodramatic films of the time, and the acting follows. This is the kind of movie where characters waste little time by saying exactly what they mean to each other, eloquently laying their feelings bare without holding much back. It’s a dated approach to screenwriting and so the dialogue rings a little false at times, but at least it moves things along.

This is also now the third horror film I’ve seen where a psychiatrist plays an important role. This time, there’s some mild hypnosis in a very odd setting. I’d be interested to know if it were ever an actual technique to shine a bright circle of light on the subject’s face as they lie down in a pitch-black room. 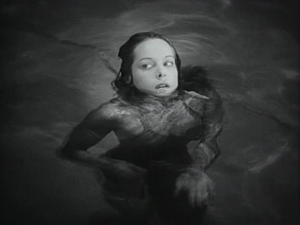 Is this one I’ll return to? Probably not. But I concede it’s an entertaining and enigmatic 71 minutes and probably stands as an underrated classic of the genre. Kind of makes me want to watch the 80s remake… 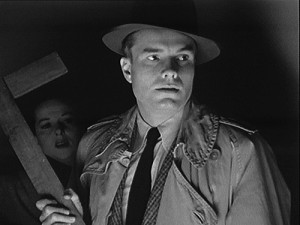