Dead of Night is a cracking good classic horror anthology film, brought to you by Britain’s Ealing Studios.

The story interconnecting a series of shorter sketches – probably one of the best such “wraparound” stories I’ve seen – involves an architect who is called to a party in a cramped countryside house populated by an assortment of guests. As soon as he arrives, he gets a sense of déjà vu: He’s dreamed all this before, and issues forth increasingly ominous predictions of what might happen next.

A skeptical and persnickety uber-scientific doctor isn’t believing a word of it, compelling each guest in turn to tell their own supernatural tales of things that supposedly happened to them – or, at least, to friends of theirs. 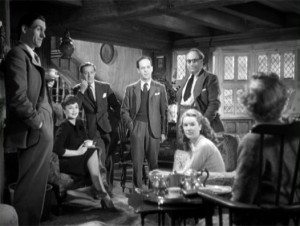 Never corny, the stories range from a fairly pedestrian urban legend (that you’ve no doubt heard before) to a story of a possessed ventriloquist dummy starring Michael Redgrave (that I’m SURE you’ve heard before). In fact, all your subsequent ventriloquist-dummy-possession stories likely pay homage to this film. Déjà vu for you too.

Tossed in the middle to add variety and a bit of a break is a comical ghost story revolving around two friends’ obsession with golf. I appreciated the sheer range of tales in this film, which made it seem much longer than its actual runtime. Despite multiple directors, the tales are even and never seem jumbled together or out of place. 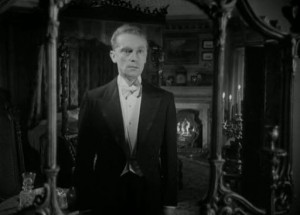 Lavish sets in a variety of locations lend a high production value to the visuals but also a real sense of where the world was in the 1940s – a crossroads of culture where home decor could range from modern to downright baroque, emphasizing how modernization and scientific advancement clash with old superstitions that refuse to quietly shuffle off.

Overall, this movie deserves more airtime. Once it slips into the public domain, it’s a prime candidate for becoming the “It’s A Wonderful Life” for the Halloween season. It’s inoffensive enough for the whole family to watch, but goosebumpy enough to keep more than one adult or child up at night. You won’t regret tracking this one down. 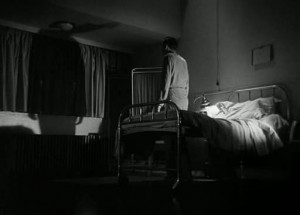 More than that, it’s just a cozy little parlor tale that makes me nostalgic for the days when a group of friends and strangers could mix together around a warm fireplace with drinks in hand and entertain themselves by their own conversation. We could use a little more congenial British deference and wit today amidst the swirling horrors outside.