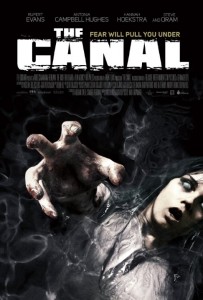 The Canal is a stylish Irish thriller, solid on all counts. It begins slowly and gradually builds to a profound confusion, blurring the line between reality and sanity as we dive deeply into the mind of David, whose wife goes missing one day after a tryst with her secret lover. As an archivist for the National Film Archives (can say I’ve never seen that one before), he stumbles upon some police footage from 1903 that documents a series of murders in his house, thus opening the door for a possible supernatural culprit.

David’s son, Billy, grounds the action, broadcasting to us in all key moments by his lack of engagement or concern that it may actually be his dad who’s going crazy. Thus we go back and forth, not sure what to believe. The Canal is very much an old-school psychological thriller story and not even an entirely original concept, but the stellar execution makes none of this matter. 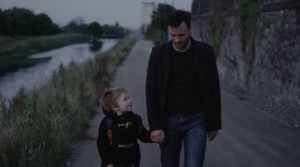 I admit, I was taken by this movie 100%. Maybe I was just in the mood. It rewards patience and begs you to pay attention to the smallest details. That’s not to say you can’t see where all this is going, but my word, what strange places you will go on the way there

The lighting casts a dreamy haze over the entire film, as though we are experiencing everything through David’s subjective eyes. Director Ivan Kavanagh also clearly crafted his soundscape with extra-special care – from the etherial music that pulses with the beat, to the sound transitions, to the whispers. The camera tends to stay in close, with a shallow depth of field, throwing our protagonists into extreme focus. It simultaneously adds both a personal feel and a sense of claustrophobia to the proceedings. 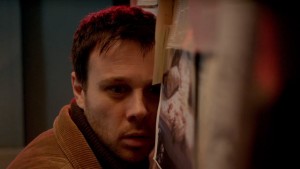 Setting aside child actor Calum Heath’s excellent performance as Billy, I thought Alice (played by Antonia Campbell-Hughes) was the most intriguing character in the whole film. I left this movie shaken and disturbed – crowning it a great bang for the buck.

This movie is very reminiscent of The Shining, where you’re never quite sure if there’s something truly supernatural going on or if it’s merely the justification for the growing insanity in David’s mind. That much is debatable. In my opinion, much like Kubrick’s classic, I think it shakes out to be a little of both. 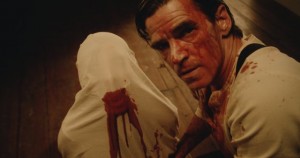 The most sad and powerful moment for me came in David’s apartment at the end, when Alice pleaded with him to get help and finally let loose her true affection at the same time. I felt her plight on so many levels, thanks to a perfect blend of that intimate framing, the performance, and not the least some terrific casting to find just the right look for Alice – a little mousey, a little sad.

This kind of heartbreaking moment separates the men from the boys, that rare movie with real, relatable characters that are worlds apart from slasher fare, where people are more often just disposable names on a page. I nearly cried when she died. I wanted so badly for it be a supernatural death, yet I knew in my heart that he killed her even before the later flashback revealed the truth. It’s a real double-whammy to the guy.

I’m not sure I’ve seen a more chilling scene yet this month. Damn you, Ivan Kavanagh, for playing with my emotions like this. Now I’m gonna have to seek out your other movies. 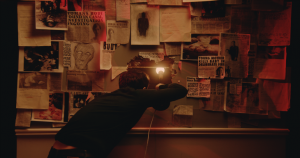